Posted at 10:50h in Our Impact by christine

With the support of the Ray Foundation, Pearl Harbor Aviation Museum was able to inspire the community in which we are located to work together to develop a new resource to advance academic proficiency and personal leadership capabilities of Hawaii’s youth. The Ray Foundation challenge enabled the museum to involve, inspire and motivate the philanthropic and the education communities. The plan includes restoration of a WWII authentic Link Training facility located on historic Ford Island in the heart of Pearl Harbor, installing in this structure an Aviation Learning Lab. With a link trainer on display, students will experience a multi-station, immersive flight training experience, working through the elements of a private pilot course. They will learn navigation, weather, charting a course (without the use of GPS), cockpit equipment familiarization (both the noted “six pack” and more modern day technologies), they will preflight an aircraft and receive an introduction to some of the basic elements of aircraft maintenance and trouble shooting. The environment includes flight simulators for students to actually fly the course they chart, reacting along the way to imposed challenges. Our goal, beyond nurturing an interest in and enthusiasm for aviation and the multitude of careers that await them in aviation and aerospace fields, is to build the personal skills of leadership and team work. Our location on an American WWII battlefield along with the history of the facility itself will help immerse students in an effective learning experience – exploring the past, understanding the impact and response to historic events, and preparing them for the challenges of their future. Restoration is scheduled to be completed by June, 2020 with learning center installation to follow. 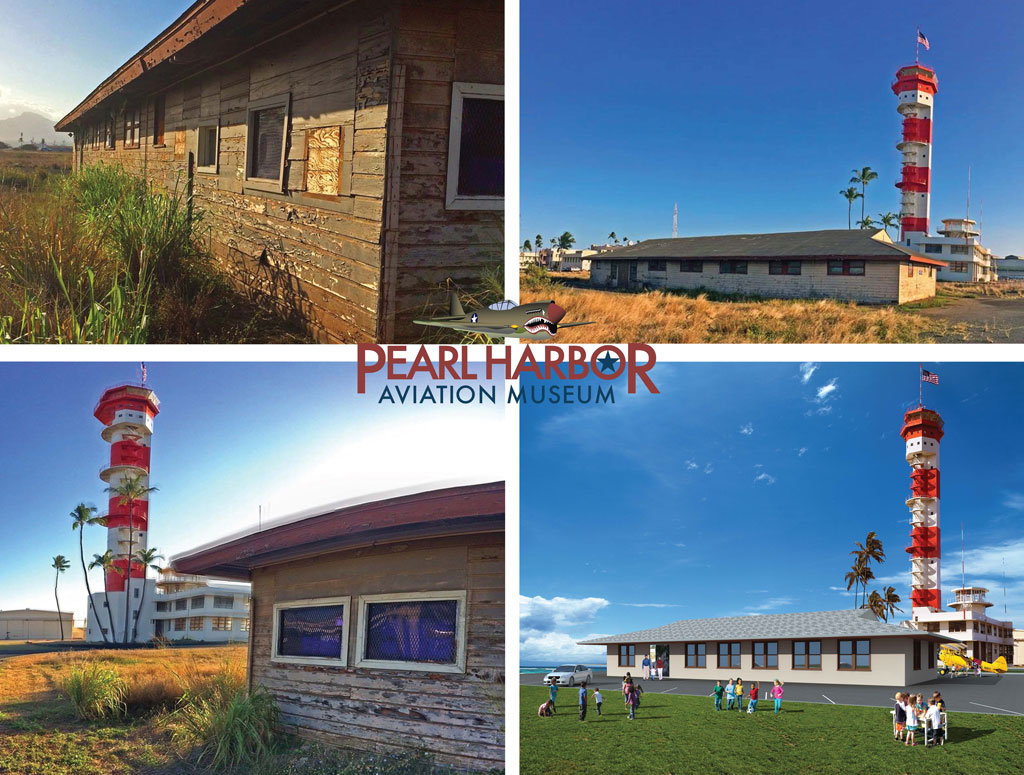 Pearl Harbor Aviation Museum is located on Historic Ford Island, where bombs fell during the attack on Pearl Harbor, December 7, 1941. Walk on the Pearl Harbor battlefield where the attack began, enter the bullet-scarred hangars, see the control tower and aircraft of the battle, including a Japanese Zero and the B-17 Swamp Ghost. Hear the stories of WWII heroes and their response to the attack that changed our nation and the world. Tour Included, flight simulators and café available.

Pearl Harbor Aviation Museum is a 501(c) (3) non-profit organization. Its mission is to steward America’s first aviation battlefield of World War II sharing the artifacts, personal stories, the impact and response to the December 7, 1941 attack and the pacific region battles that followed, honoring those who have defended our freedom so they might educate and inspire future generations.